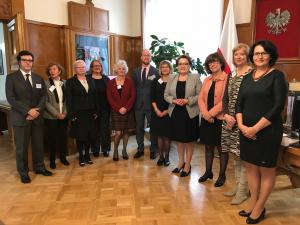 The Ministry of Education and Culture (MoEC) in Cyprus has planned a legislative reform of its special education provision. This reform aims to make the education system more inclusive, in line with the stated priorities at European and international level. At the request of the Cypriot MoEC, the European Commission Structural Reform Support Service (SRSS) contracted the Agency to assist in analysing the current policy framework regarding special needs and inclusive education. The analysis aimed to identify the system’s strengths and weaknesses. It also aimed to produce recommendations that could be used as the general principles and the basis for a new bill on special needs and inclusive education.

The first step for the Agency was to prepare the draft recommendations based upon the results of a mapping framework developed for the SRSS programme in Cyprus. The mapping framework was a structured tool which used a grid to analyse documentary evidence from Cyprus regarding inclusive education. As a result of this analysis, draft recommendations were developed and presented as a proposal.

The meeting began with a welcome from the Minister of Education and Culture, Kostas Champiaouris, who reiterated the MoEC’s commitment to supporting the legislative reform. The meeting continued with five separate meetings with MoEC officials, representatives of the Commissioner for Children’s Rights, the Commissioner for Administration and Human Rights (Ombudsman) and key stakeholder representatives. During the meetings, two European policy-makers from Finland and Scotland presented the developments in inclusive education in their countries. Participants discussed the current challenges and new priorities for promoting inclusive education in Cyprus and reached agreements about the draft recommendations.

The next step of the Agency’s work in Cyprus is to provide support in the development of the new bill on special needs and inclusive education, which will be based on the final recommendations.