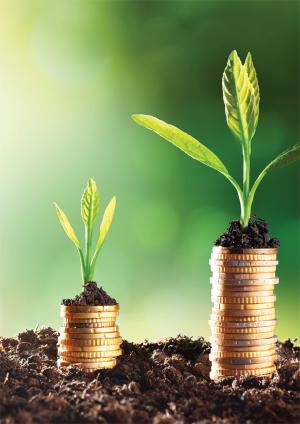 The Financing Policies for Inclusive Education Systems (FPIES) project examines effective funding tools for reducing disparities in inclusive education. Co-ordinated by the Agency, it is a partnership project between the Ministries of Education in Italy, Lithuania, Netherlands, Norway, Portugal and Slovenia. The project is evaluated externally by the Universitat Ramon Llull (Barcelona).

Norway had a pioneering role in this project, as in November 2016 the Ministry of Education and Research (MoER) organised the first of six FPIES Country Study Visits. These visits aim to give key national stakeholders and FPIES project partners the opportunity to examine different educational funding approaches in detail.

During the Norway Country Study Visit, information was gathered using a peer-learning approach, bringing stakeholders closer and creating opportunities for dialogue. The FPIES project raises a series of questions aiming to objectively review each country’s policy and practice.

The first presentations focused on the country’s general or block grant system, which is constructed to ensure equivalent services throughout the country.

A number of municipality and county representatives presented local models of financing for inclusive education. Several local representatives argued that the need for resources is a driving force behind the growing numbers of pupils being identified as having special educational needs. On the other hand, several local representatives talked about a shift from resource allocation based on the number of pupils with SEN, to a system based on a block grant to each school, emphasising each school’s responsibility for adapted teaching to all pupils. This trend is possibly one explanation behind the stagnation of the number of pupils identified as having special educational needs.

Some recurring themes in the presentations and the subsequent Q&A highlighted the need for changing mindsets and using existing resources in different ways. They called for clear leadership and vision at all levels, as well as dialogue and collaborative expertise.

During the discussions with stakeholders, it became evident that the underpinning factors of the issue of financing call for a broader discussion. This, in turn, would encourage collaboration among an even wider spectrum of stakeholders.

On day two, there were inputs from the Centre for Economic Research (SØF), the Norwegian Association of Local and Regional Authorities (KS), the County Governor’s Office, the Directorate of Education and Training, and Statped (the Norwegian Support System for Special Needs Education).

Ms Kari Brustad, Deputy Director General and Bodil Hafsås, Senior Adviser were the organisers and country hosts of the event from the MoER’s Department of Education and Training. Ms Brustad suggested that a major outcome of the meeting was identifying a number of questions and issues from the discussions which will contribute to awareness raising and changing mindsets. The FPIES Country Study Visit has placed the issue of financing higher on the agenda, and gave an opportunity for the MoER to create more synergies among the Directorate, Statped and municipalities, with the ultimate aim of working towards improved models of financing.

Ms Brustad pointed out that the FPIES project has raised challenging questions which will contribute positively to the country’s on-going policy-making processes. A lot of organisations joined the debate over the two-day session, and the aim is to further improve co-ordination among all stakeholders.

The country host team emphasised that the peer learning format of the visit supported open and constructive dialogue, as representatives from the MoER and the Directorate of Education and Training had the opportunity to compare different points of views and learn from both local and visiting participants.