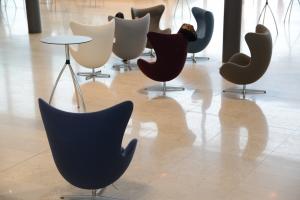 activity: Mapping the Implementation of Policy for Inclusive Education

Mapping the Implementation of Policy for Inclusive Education - Budapest Conference

The Agency is hosting a conference in co-operation with the Hungarian Ministry of National Resources, Department for Education, focusing on the mapping the implementation of policy for inclusive education. This conference has been officially announced as an event held under the Hungarian Presidency of the Council of the European Union.

The project is co-financed by a European Community Grant under the Lifelong Learning Programme.

The overall MIPIE project focuses upon the need recognised in all countries to track the implementation of educational policies and legislation. The justifications and pressures for mapping such developments are very clear at International levels (as can be seen in the UN 2006 Convention on the Rights of Persons with Disabilities calls for data collection and monitoring at State level), but particularly at the European level as outlined in EC 2020.

Two conferences are being organised during the MIPIE project. One was held in Brussels, Belgium in December 2010. This second event in Budapest will involve various inputs and discussion sessions involving representatives from the Hungary Ministry of National Resources, the European Commission, DG Education and Culture and Eurostat, as well as national representatives nominated by the participating Ministries of Education in Agency member countries.

The focus of the first conference in Brussels conference was upon what information should be collected as well as why certain types of data are priorities for mapping purposes.

The aim of conference in Budapest will be to identify how the detailed information European policy makers need in order to map developments in the implementation of legislation and policy for inclusion can be collected. Also during the Budapest conference future priorities for this area of work at European and national levels will be discussed and possibilities for development projects identified.

The first outcomes of the project will be made available on the MIPIE project web area.