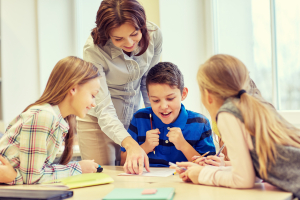 news: Final meeting of the Agency’s work with DG REFORM in Greece

The Agency, in co‑operation with the European Commission’s Directorate-General for Structural Reform Support (DG REFORM), continues to support the Greek Ministry of Education and Religious Affairs in promoting inclusive education in Greece. The new project Implementation of the European Child Guarantee – Promoting Inclusive Education in Greece, Phase 2, funded by the European Union via the Technical Support Instrument (TSI) aims to improve equity in education for all learners, with a particular focus on those from disadvantaged backgrounds and vulnerable social groups. The action follows on from phase 1, which worked to implement a new law on inclusive education in Greece.

In phase 2, various stakeholders will pilot a range of suggested processes, strategies and practices in relation to the existing inclusive education policy framework. This work builds on the findings of phase 1, and develops them further for implementation in practice. The pilot phase will take place at school level, before it is rolled out across Greece. Stakeholder participation is central to building capacity in the inclusive education system.

The kick-off meeting with stakeholders took place on 8 December in Athens, bringing together over 100 participants, both online and in person, from the Greek Ministry of Education and Religious Affairs and the wider education community, the Agency team and DG REFORM.

In her intervention, Niki Kerameus, Greek Minister of Education and Religious Affairs, thanked all those who have contributed so far to this innovative work, which helps Greece’s efforts to include learners in the broader school community. She said that the second phase will capitalise on the know-how from phase 1. The Minister explained that this work is part of a broader context, in which Greece is aiming to enhance schooling, skills creation and teacher training.

In response to the Minister, Nathalie Berger, Director for Support to Member States’ Reforms of the European Comission’s DG REFORM, welcomed Greece’s efforts to further develop its inclusive education policies and its work towards implementing the European Child Guarantee. She referred to other examples of technical support actions carried out by the Agency to support the implementation of inclusive education policies in other European countries, such as in France and in Italy, Spain and Portugal.

Representatives from the five working groups involved in the phase 1 project gave an overview of the work they led in three key areas: inclusive assessment practices, inclusive transitions and inclusive school guidelines. Agency Representative Board members and National Co-ordinators from the education ministries in Finland, Italy and Portugal shared their experiences in these areas, with an update of the situtation in their countries. The Agency team presented the conceptual framework and the phase 2 methodology.

In the afternoon, the participants split into smaller groups to allow more in-depth discussion around issues of inclusive assessment, transitions and school guidelines.

As a next step, the Agency will draw on the information collected from stakeholders and will continue to plan the participatory activities in the next phase of the project.

For more information on the Agency’s role in the TSI work, visit the TSI web area.

Participants of the kick-off meeting for stakeholders of the Implementation of the European Child Guarantee – Promoting Inclusive Education in Greece, Phase 2 TSI action, with the Greek hosts: Niki Kerameus, Minister of Education and Religious Affairs, and Giannis Bousdounis, Director, Department of Special Needs. Funded by the European Union.